Dhaya Lakshminarayanan is the 2016 winner of the Liz Carpenter Political Humor Award (previously awarded to Samantha Bee, Wanda Sykes and satirist/humorist Mark Russell) presented by the National Women’s Political Caucus. Comedy Central Asia crowned her the Grand Prize Winner of “The Ultimate Comedy Challenge” filmed in Singapore. She is the sole subject of the documentary “NerdCool” which premiered at the LA Comedy Festival in 2018

She has opened/featured for or worked with the following: Janeane Garofalo, Marc Maron, Greg Behrendt, Jello Biafra, the late Dick Gregory, Anthony Jeselnik, Maz Jobrani, and Greg Proops. Dhaya  introduced former Vice President Al Gore at an event. He then laughed onstage at her joke, so technically she once opened for Al Gore.

She has performed internationally in Shanghai, China; Kuala Lumpur Malaysia, and Singapore. In the US she has been an invited performer at Bridgetown Comedy Festival (Portland, OR), San Francisco Sketchfest, the Boston Comedy Festival (semifinalist), the Limestone Comedy Festival (Bloomington, IN) and Laugh Your Asheville Off (Asheville, NC).

Dhaya was one of the chosen artists by The Asian Art Museum of San Francisco to take the entire museum over for one night. During Takeover:Dhaya Lakshminarayanan, she programmed content including stand-up comedy, humorous fake tours of the museum, and an absurdist interpretation of Indian mythological comic books. The only other artist invited to takeover the museum in 2017 was RZA from the Wu-Tang Clan

Dhaya is also a TV host and storyteller. She hosted the premier year of the Emmy award-winning series High School Quiz Show on PBS’s WGBH. She is a frequent comedic storyteller on NPR’s Snap Judgment and has appeared live in Austin on The Risk podcast. She is currently the host of San Francisco’s monthly Moth StorySLAM after winning a Moth StorySLAM and competing in the GrandSLAM at the Castro Theater (capacity 1400). ON24 awarded her the grand prize for “Best Travel Disaster Story.”

Dhaya is a solo performer, and her first play “Nerd Nation” was funded in parts by The Asian Pacific Islander Cultural Center of San Francisco and support from DIVAfest which supports new and developing works by female playwrights. Her workshop run in San Francisco sold out.

The Boston Globe, The Bay Guardian, and The San Jose Mercury News have all run profiles about her. Prior to funny and show business Dhaya was a venture capitalist, management consultant, and two-time MIT graduate. You can indeed call her a nerd. 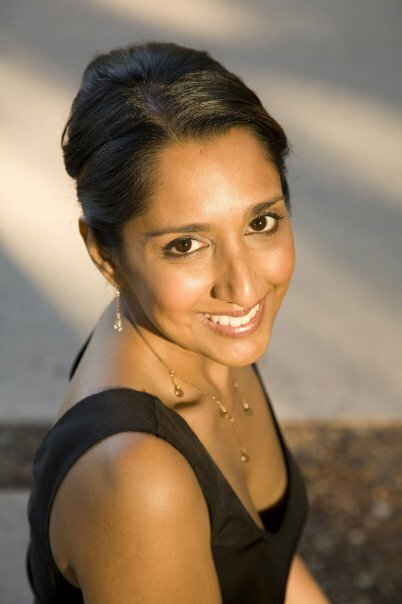